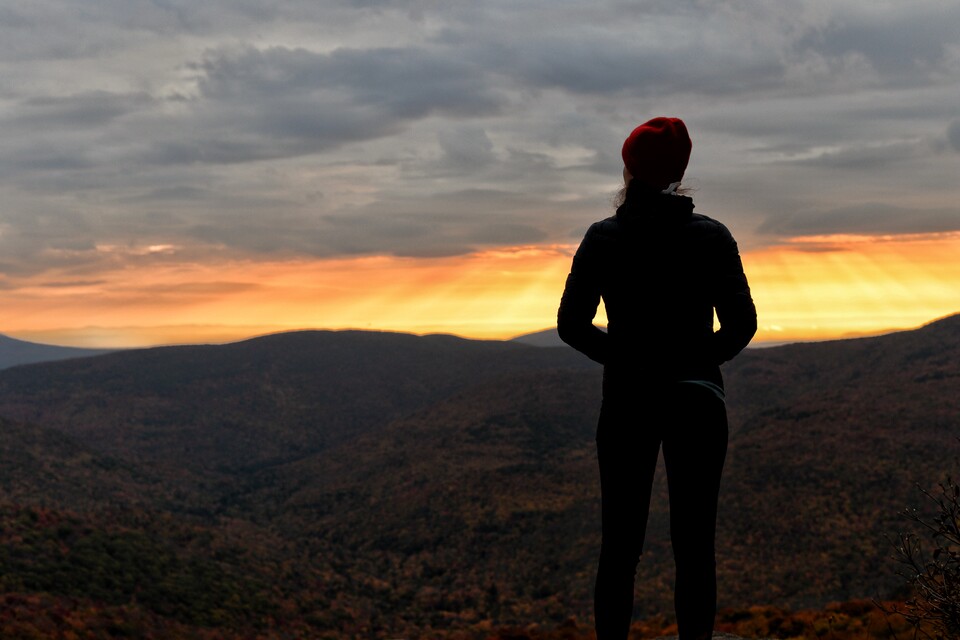 The Catskill Park is over 700,000 acres of wilderness located within the Catskill Mountains of New York State. The Park has been preserved for visitors to discover, and explore, the great outdoors while enjoying year-round activities such as, camping under the stars, hiking to the highest peaks, fly-fishing pristine waters, ski retreats, and unique wildlife viewing.

Located just a short drive from several major cities in the Northeast including New York City, Boston, Albany, and Philadelphia, the Catskill Park is a great place to escape the mundane of everyday city life to explore, and experience, something extraordinary.

What is the Catskill Park?

The Catskill Park (also known as the Catskill Forest Preserve) was established in 1885 and encompasses 286,000 acres of state land within the park. The acreage within the preserve includes forest, meadows, wetlands, and lakes. It also spans four counties: Greene, Ulster, Sullivan, and Delaware.

Fire towers in the Catskill Park were built in the 1800s to keep an eye on firestorms, but today just five remain throughout the park. They have been restored so visitors can enjoy the fantastic views from the top of five mountains: Overlook, Hunter, Red Hill, Balsam Lake, and Tremper.

What kind of park is the Catskill Park?

The Catskill Park is a New York State Park, not a National Park. What's the difference? Well for starters, there's no fee or gate to pass through when you enter the Catskill Park, so visitors can come and go as they please.

The Catskill Park is also one of only two areas in New York State designated as "Forever Wild" – meaning the land is protected under Article XIV of the New York State Constitution. The article dictates the land "...shall be forever kept as wild forest lands. They shall not be leased, sold or exchanged, or be taken by any corporation, public or private, nor shall the timber thereon be sold, removed or destroyed." (Source: Department of Environmental Conservation)

Fun Fact: A small portion of the land in the park is owned by New York City to protect the reservoirs that provide the city with water.

What animals live in the Catskills?

The Catskill Park is home to a variety of animal species. Some animals are more common than others and can be spotted on the mountains and in forested areas. The most commonly seen wildlife in the Catskills include:

Always be sure to exercise caution around wild animals, and refrain from removing plants as many are endangered or threatened, and also supply food and nutrients to some of the above-mentioned animals.

Where can I "check in" and find out more?

Planning a trip to the Catskill Park? Be sure to check out Catskills lodging, local restaurants, and upcoming events in the Catskills to round out your getaway.

While the Catskill Park doesn't have gates or tolls granting you access to the region, you can stop at the Catskill Interpretive Center  (located at 5096 NY-28, Mount Tremper, NY) for hiking trail information, maps, the latest news on wildlife sightings, and additional local event information.

What temperatures should I plan for in the Catskills?

The temperature in the Catskills will depend entirely on what time of year you plan to visit, what elevation you are at, and what specific town you are visiting. Below are the average temperatures for the Catskills Region, highs & lows, by month.

Note: Temperatures at the tops of mountains will almost always be colder than at the base, so plan accordingly if you plan on doing any hiking. It is important to always check the weather forecast before your upcoming visit, whether you plan on being outdoors or not, so that you are fully prepared in case of rain, extreme heat or cold, or dangerous travel conditions.

Discover the great outdoors by hiking through the Catskills, no matter your skill level.