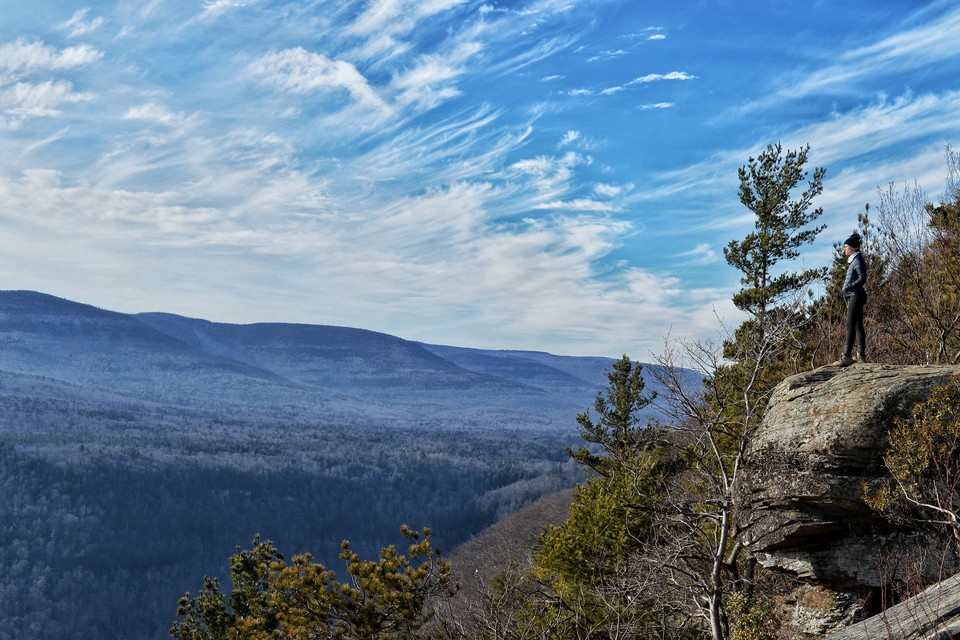 Where are the Catskills?

The Catskill Mountains are located in southeast New York State, between Albany and New York City. The region is a mixture of public and private land that lies within the 700,000 acres of the Catskill Park and occupies parts of four counties: Sullivan, Delaware, Greene, and Ulster.

In addition to breathtaking natural attractions like waterfalls and scenic vistas, the Catskill Mountains are also famous for its number of maintained hiking trails, ski resorts, lakes, and rivers for visitors to explore.

How were the Catskill Mountains formed?

Stretching all the way to the Appalachian Mountains and rising from the Hudson Valley, the Catskill Mountains are not geologically considered mountains at all – they are actually a dissected plateau. Parts of the land were eroded and shaped by sediment deposits and flowing waterways, creating towering mountain-like cliffs.

Fun Fact: Panther Mountain, one of the Catskill High Peaks, is thought to be the site of a meteor landing that occurred 375 million years ago.

What is the tallest mountain in the Catskills?

Slide Mountain is the highest peak in the Catskills, with a summit elevation of 4,180 feet. It is located in the Eastern region of the Catskills, Ulster County.

Are the Catskills part of the Adirondacks?

What is there to do in the Catskill Mountains?

The Catskills Region has been an escape for those looking to leave the bustling city lifestyle for hundreds of years. From luxury resorts to endless outdoor recreation opportunities, the Catskills are a natural paradise for adventure.

When can I visit the Catskills?

Visitors can enjoy the Catskill Mountains year-round. When the snow starts to fall, the ski resorts in the Catskills come alive with skiers and snowboarders and the snowmobiling trails start buzzing with sleds.

In the summer, resorts offer adrenaline-pumping activities like mountain biking and zip-lining, or you can become a member of the Catskill Mountain 3500 Club by hiking each of the 35 Catskill Peaks over 3,500 feet in elevation.

What are the Catskill rivers, lakes, and streams like?

The Catskill Mountains were shaped by its waterways, which today also serve as hotspots for water sports like kayaking, canoeing, and rafting. The Catskills are also known as the birthplace of American fly fishing, and the Delaware River System is stocked with more than 60 species of fish including species of trout, bass, perch, panfish, walleye and more.

Are there historic sites in the Catskills?

The Catskills have helped shape American culture as the setting for many 19th-century Hudson River School paintings and the historic 1969 Woodstock Festival. Museums throughout the region celebrate the legacy of Catskills art and culture, such as the Thomas Cole Museum, Catskill Fly Fishing Center & Museum, Hanford Mills Museum, and the James Cox Gallery at Woodstock.

What are the Catskill Mountains famous for?

The Catskill Mountains are infamous for being the site of the Woodstock Music Festival in Bethel, NY in 1969 and for being the filming location for the 1987 film Dirty Dancing starring Jennifer Grey and Patrick Swayze, And most recently, it was the setting for the second season of the series The Marvelous Mrs. Maisel.

Explore The Mountains in all four regions of the Catskills
This map will take you offsite to each of the four respective regions that make up the Catskills. Enjoy! 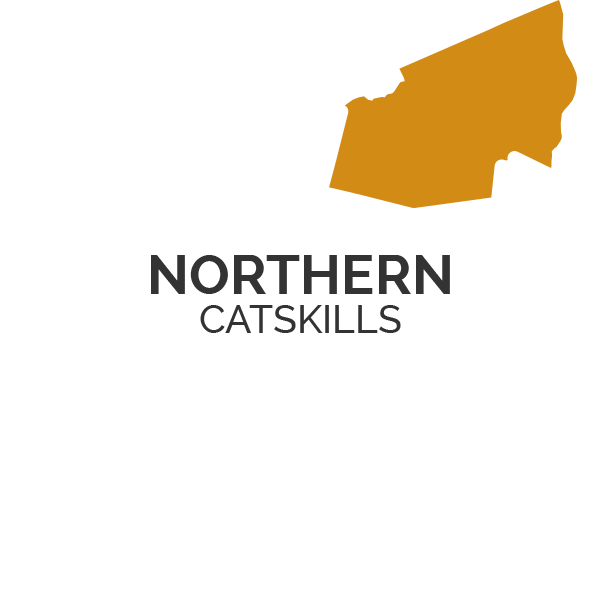 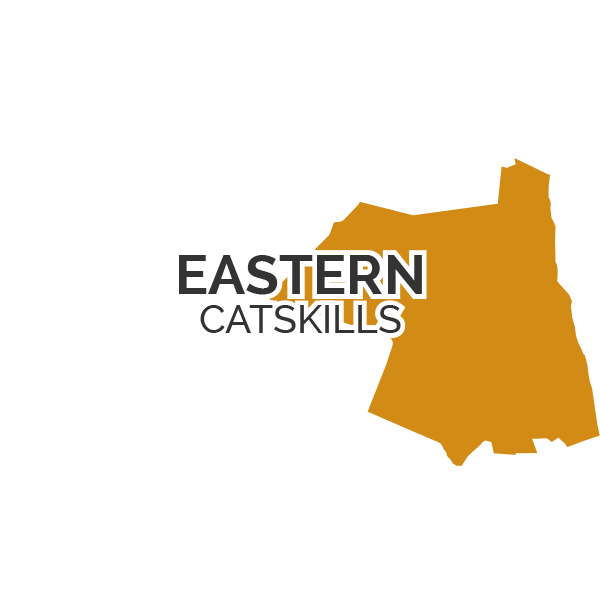 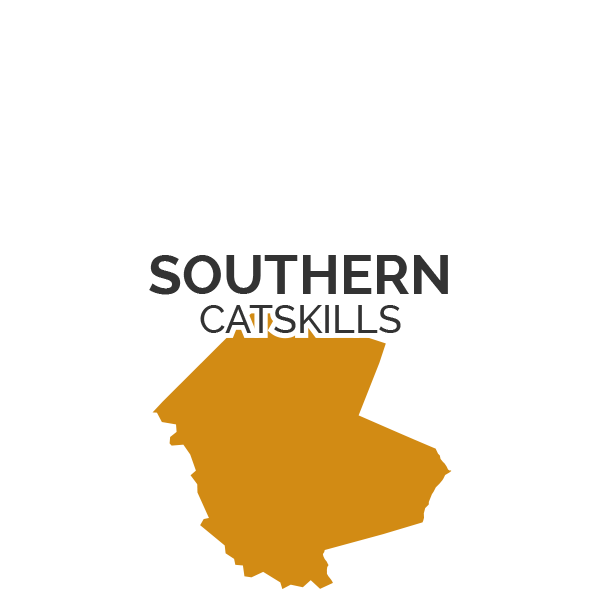 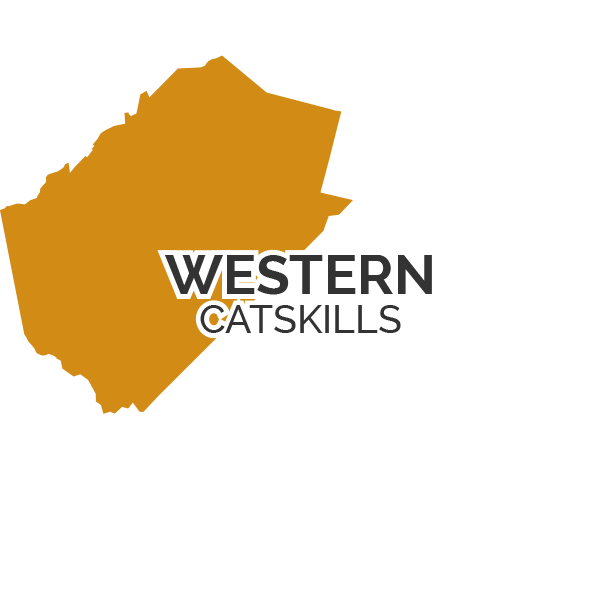 Discover the great outdoors by hiking through the Catskills, no matter what skill level you are.

Glamping, backcountry campsites, and RV parks... the Catskills has your ideal camping experience.

Explore the Catskills by bike, whether you're looking for challenging terrain or a scenic ride on paved roads. 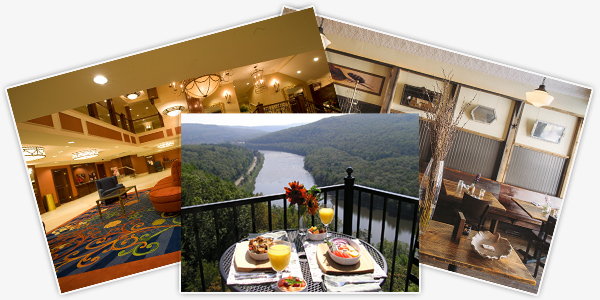